Anna Przybylska Urodzona dnia 26.12.1978r w Gdyni. The closest family is the husband: Jaroslaw Bieniuk (footballer); daughter: Olive (born 18.10.02). Married twice: ex-husband Dominik Zygra. He has a daughter, Oliwa (Born. 18.10.2002)and son Simon (Born. 13.01.06). She is a non-professional actress, studies pedagogy at the Naval Academy in Gdynia. She is best known for her soap operas “Złotopolscy”, where she plays the role of Marylka's policewoman. As an actress, while still a high school student, debuted in 1997 year in the film by Radosław Piwowarski “The dark side of Venus”. She also appeared in a sitcom “Lot 001”, where the flight engineer played. She also took part in the directing venture of Bogusław Linda “Bream season” (2001R). He talks about himself, that she is lively and with a great sense of humor, what she inherited from her mother. 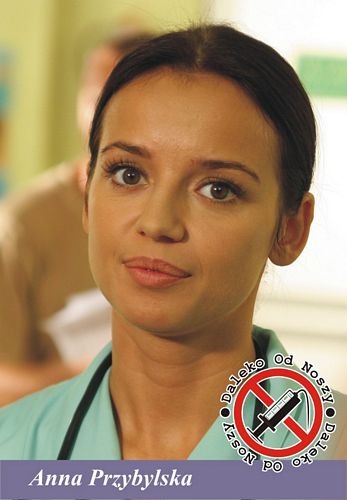