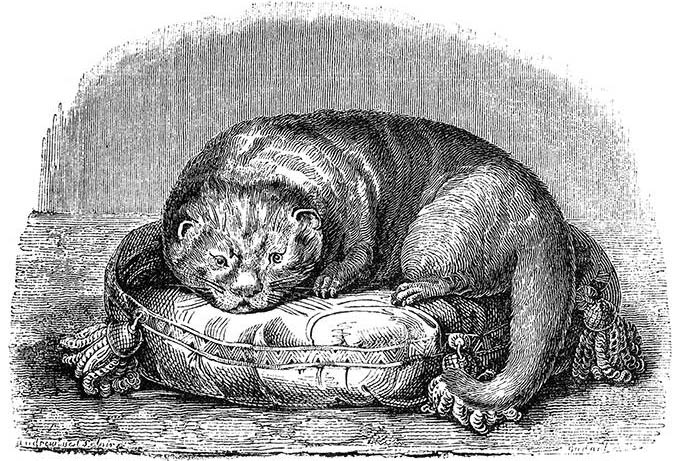 This otter was the favorite of the Polish aristocrat during the reign of King Jan III Sobieski (1629 – 1696). She slept in his bed, as the story goes, and woke him up every time, when someone was approaching the bedroom, as a dog would do. She also relied on her companion, who supplied her with fish, when he had visitors, and took her with him on travels.

The otter has earned the opinion of such an unusual pet, that she quickly attracted the attention of King Jan III Sobieski, who decided, that she must have this amazing animal to herself. Our gentleman resisted, how could, but one cannot stand in the way of the king's desires for long, and he painfully resigned himself to parting with his friend.

It took a while for the pet to get used to the new owner, but in the end they both got on so well, that the otter has become the king's favorite pet. Previously, King Sobieski favored his tame lynx and cassowary. Unfortunately, one day the otter was wandering around the gardens of the palace in Wilanów, the unsuspecting soldier saw her and killed her with a stick. He sold the leather for the equivalent of a few shillings. When King Sobieski found out about this tragedy, gave an order to shoot the man, but later changed his mind.