A woman near Pardubice was attacked by a tiger, he bit her hand! 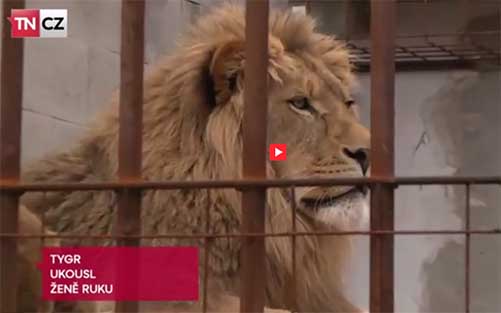 On Monday afternoon, police and rescuers received information about a tiger attacking an elderly woman in East Bohemia. The animal was about to seriously injure her in the village of Chvojenec in the Pardubice region after that, as she put her hand in the cage.

Woman, has a stable nearby with her niece, and has clearly decided to pet the animal. But the tiger attacked her and bit her right hand to the elbow.

An ambulance spokesman confirmed, that the woman was injured, saying, that paramedics quickly took her to the University Hospital in Hradec Králové, but the hand could not be saved.

The woman has 66 Years. In the past, a tiger breeder has warned her repeatedly, lest she try to pet the tigers and put her hands in the cage. In the moment, when the tiger attacked her, she was alone. However, apart from that, the breeder offers a guided tour on his website.