Archaeologists studying images of the west coast of Wales on Google Earth have discovered a constructed one 1000 years ago an unusual structure, thanks to which it was possible to fish without having to go to the sea – we read in the online edition “The Daily Mail”. The trap dates back more or less to the Normandy Conquest. Measures 280 yards (ok. 256 meters) and is shaped like a letter “v”. Thanks to such an ambush, fish arriving at the shores of Wales with the tide had little chance of escaping at low tide. They fell into a rock pool, from which they could not get out, as the water receded. In point, there was an opening in which the arms of the ambush met. There, fishermen could set nets or close the gap and collect fish, stranded. This construction allowed the Welsh to fish effectively without having to go out to sea. Archaeologists say, that it is one of the largest structures of this type in the world. The trap was discovered near the Teifi Estuary in Dyfed. Ziggy Otto, a lecturer at Pembrokeshire College says, that the ambush is approx 1000 Years. – She is amazing, it is clearly visible only in the bird's eye photos. When you watch it closely, looks like a reef – he adds. 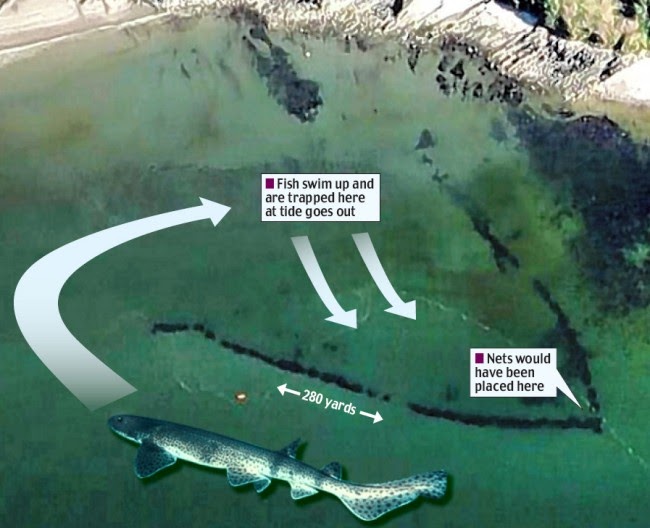