Amiens, dep. Sum (Picardy). Katedra Notre-Dame, the largest and one of the most beautiful gothic buildings in France, erected 1220-70 by successively acting: Robert de Luzarches and Thomas and Renaud de Cormont, supplemented until the 16th century, restored 1849—74 by E. E. Viollet-le-Duca. It is a three-nave basilica (length. 143 m, show. nave. 42,3 m) with a three-nave transept and an elongated presbytery with an ambulatory, with a wreath of radial chapels and a chapel of the Blessed Virgin Mary on the axis; a two-tower façade with three richly carved portals (in the middle a statue of Christ - Beau Dieu, tympanum with the scene of the Last Judgment and a pedestal frieze with relief medallions, representing, among others. in. personifications of virtues and sins, and arts and crafts) adorns the gallery of kings (22 statues) and a great rosette; in the pd, part of the transept is the famous statue of the Virgin Mary (Golden Virgin, XIV w.); the interior equipment includes:. in. beautiful stalls (early. XVI w.), gratings (XVIII w.), sculptures and tombstones.

The churches of St-Germain have also been preserved in Amiens (XV w.) and St-Leu (XVI w.), belfry (XV and XVIII century), citadel (XVI w.), theater (P. Rousseau, 1773—80) and old houses. Picardy Museum (with paintings by P. C. Puvisa de Chavannes) is distinguished by a valuable collection of paintings incl., where. (F. neck), spanish. (El greco, D. Velazquez) i franc, (m. in. collection of images of the Puy-Notre-Dame brotherhood from the 15th-18th centuries., works of J. B. S. Chardina, J. H. Fragonarda i in. 18th century painters, the Barbizonians and painters of the 20th century). 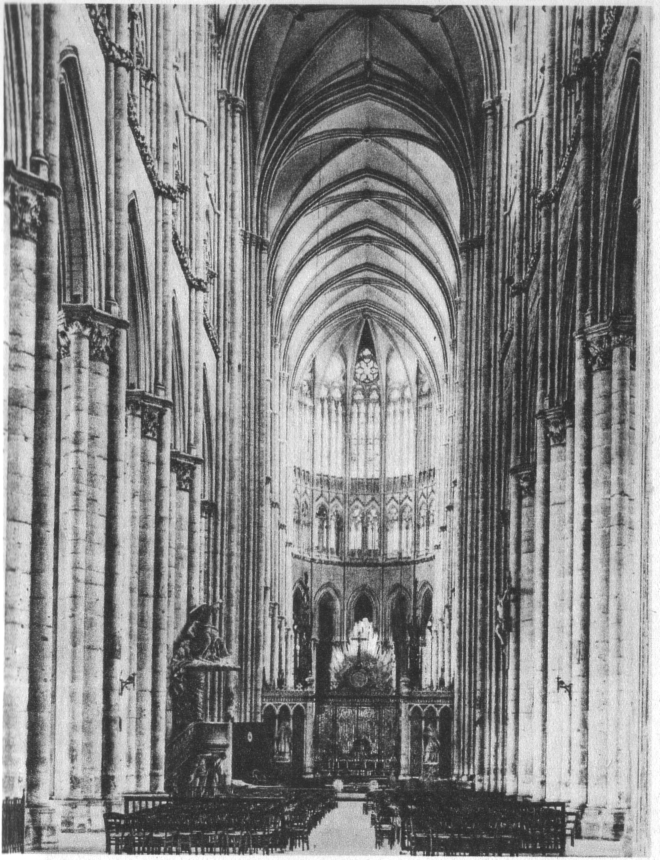