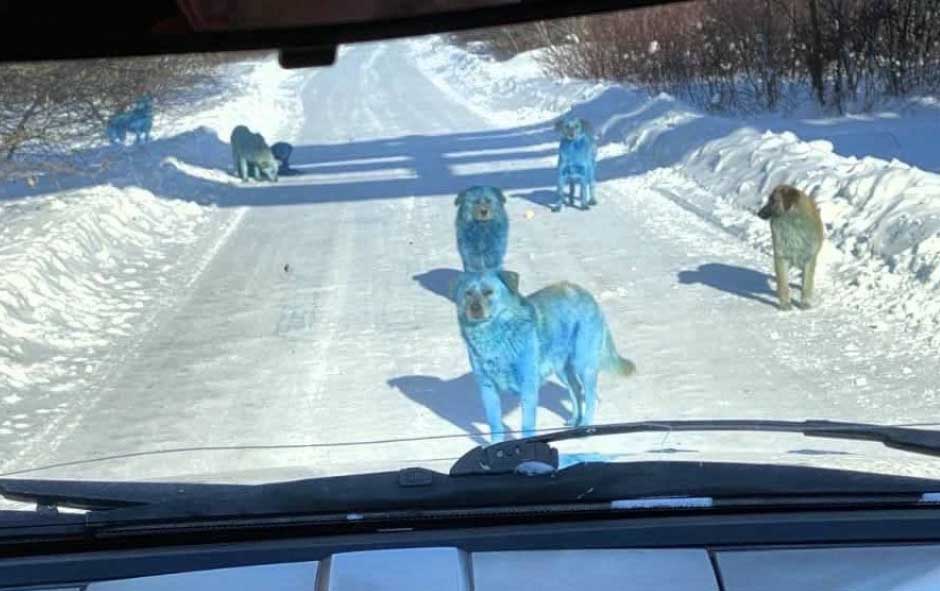 Photos of dogs walking in the snow in the city of Dzerzhinsk 370 kilometers east of Moscow sparked mixed reactions on social media. Some have compared dogs to cartoon characters and movies, and others expressed outrage, that the health of stray animals may be at risk.

Observers said, that dogs may have been exposed to chemicals in a nearby abandoned factory, which produced cheksi and hydrocyanic acid, giving their hair an eye-catching blue color. 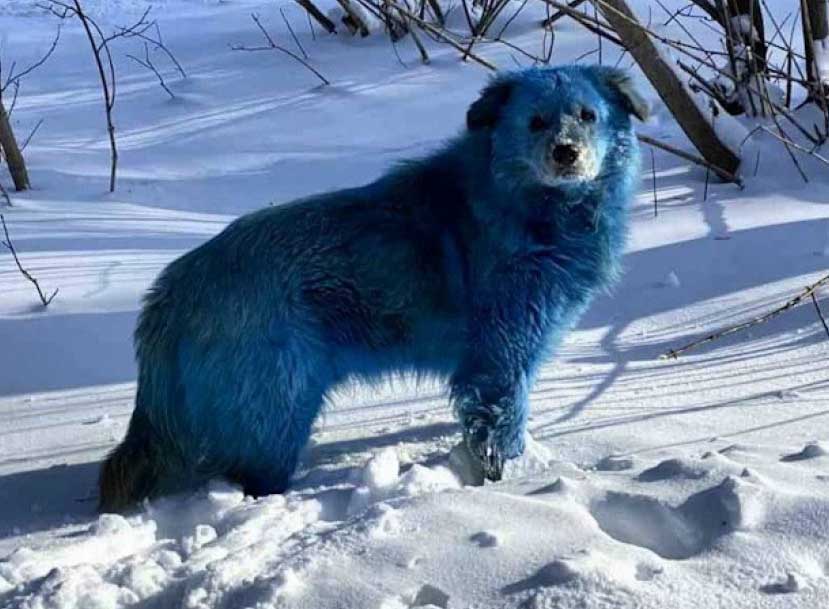 The authorities of Dzerzhinsk are currently negotiating with the management of Orgsteklo regarding a permit to enter the closed factory, catching dogs and fixing, which resulted in, that their fur turned blue, informed RIA Novosti.

Animal rights activists told city officials, that, according to RIA Novosti, the health of dogs is probably not at risk.

"According to preliminary examinations psy are in a satisfactory condition. Tomorrow, specialists will enter the premises of the chemical plant, will find and examine animals "- informed the administration of the city of Interfax.