Aigues-Mortes, dep. Gard (Languedoc), historic urban complex - one of the best preserved middle-aged villages in France. fortified cities ; Attachment. by Louis IX as a port and a foothold for the Crusades. Built during the 13th century. according to a uniform plan, the city has the shape of a quadrilateral, a regular street grid with three main streets. thoroughfares and a rectangular market square, next to which stands the St-Louis church (XIII w., rebuilt in the 18th century). It is surrounded by a massive defensive wall with numerous towers and gates; w pn.-zach. in the corner there is a cylindrical keep (Constance Tower), protruding in front of the wall line. 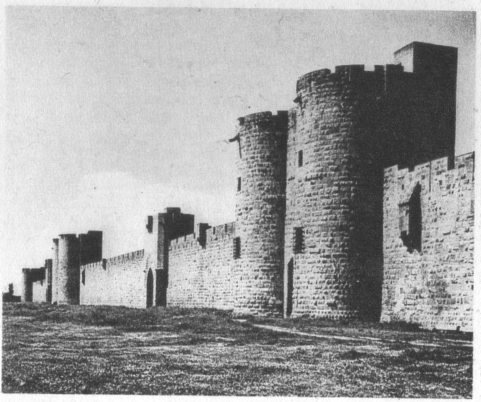