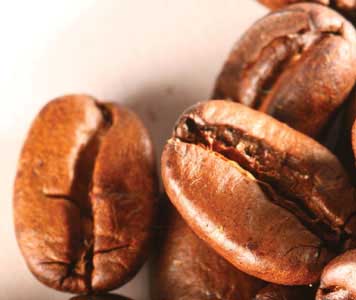 History of coffee , discovery and spread of coffee as a stimulating drink.

It is believed, that wild coffee plants (Coffea species) they came from the Ethiopian plateau known as Kefa (Kaffa), although the exact history of their origin and domestication remains unclear. One of the many legends about the discovery of coffee is Kaldi, goat shepherd, who was intrigued by the strange antics of his flock. About 850 Kaldi years allegedly attempted to sample the berries from the evergreen bush on which the goats were feeding, and to experience a sense of joy, announced his discovery. At some point, perhaps only in the 15th century, the coffee bushes moved across the Red Sea to southern Arabia(Yemen) and cultivated. Tradition proclaims, that the Sufi monks were among the first, who brewed coffee as a drink and used stimulation to pray all night long.

Regardless of the actual origin of the coffee, its stimulating effect undoubtedly made, that she became popular in Arabia. Ironically, although some Islamic authorities found this drink intoxicating and therefore banned it from the Koran, many Muslims were attracted to this drink as a substitute for alcohol, which the Koran also forbade. Despite the threat of severe penalties, coffee drinking quickly spread among Arabs and their neighbors, and even gave rise to a new social and cultural unit – cafes.

They are called qahveh khaneh, coffee shops appeared in Mecca in the 15th century, and in Constantinople (now Istanbul) in the sixteenth century. They have become popular meeting places, in which scholars often flocked, to talk, play chess or backgammon, sing and dance, listen to music, discuss the politics and news of the day, and smoke and drink. They have become known as "wisdom schools" because of their clients, whom they attracted, and although political and religious leaders feared the free and frank discourse common in such venues, their frequent bans on coffee shops were unsustainable. The drink has already taken root in everyday ritual and culture.

Coffee has become especially popular in Turkey, and the spread of the Ottoman Empire did, that this drink reached many other places. The drink was introduced to other European countries in the 16th and 17th centuries, probably starting with the Venetian merchants. Many records say that it is forbidden or approved as a religious elixir, political and medical. His association with Muslims and his new stimulating effects prompted some to call on Pope Clement VIII to ban it in the late sixteenth century, but the pope gave him the famous blessing after that, how he tried this drink himself. Coffee spread quite quickly throughout Europe, and by the end of the 17th century the drink flourished in Great Britain, British colonies in America and almost all of continental Europe.

By the end of the 17th century, the world's limited supply of coffee came almost entirely from the Yemen province of southern Arabia. However, with the growing popularity of the drink, the spread of the plant quickly spread to Java and other islands of the Indonesian archipelago in the 17th century and to America in the 18th century.. Coffee cultivation began in Hawaii in 1825 Year.

In the 20th century, the greatest concentration of production was concentrated in the Western Hemisphere – especially in Brazil. At the end of the 19th and the beginning of the 20th century, industrial roasters and mills came into use, invented tightly closed containers for ground furnaces and developed methods for removing caffeine from green coffee beans. Po 1950 In the year, the production of instant coffee was improved. The popularity of instant coffee has increased the production of cheaper Robusta beans in Africa.

In 2020 In the year, Brazil was the largest coffee producer, Vietnam, Colombia, Indonesia and Ethiopia. Interest in organic coffee, fair trade and sustainably grown, it grew in the late 20th and early 21st centuries, which in some places has led to changes in production methods. Global warming, especially the projected increase in extreme heat and drought, may threaten the stability of the coffee industry, because farmers struggle to adapt to vulnerable regions.