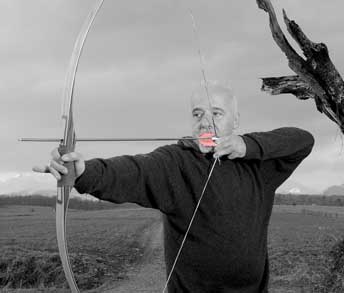 Paulo Coelho was born in Rio de Janeiro, in Brazil, in August 1947 Year. He led a very intense life. He had to overcome many obstacles, before he became known all over the world and became the author of world bestsellers. During adolescence, he underwent brutal electroconvulsive therapy, what happened, when in years 1966-1968 his parents placed him in a mental hospital three times, considering his rebellious attitude as a manifestation of madness. Due to involvement in certain artistic circles, he was imprisoned and subjected to physical torture for allegedly subversive activities against the Brazilian dictatorship.
Later, Paulo Coelho met rock star Raul Seixas and joined the hippie movement, living in the epoch “love and peace”, in the epoch “sex, drugs and rock'n'roll”. Together, in years 1973-1982, both artists composed approx 120 songs, which revolutionized pop music in Brazil – some of them are still hits today. Hérica Marmo described this period of his life in her book A Canção do Mago. Paulo Coelho's musical trajectory, issued in 2007 Year. Hippis, journalist, Rockstar, actor, playwright, theater director and television producer… whirlpool of activity, which ended in 1982 Year, while traveling to Europe. W Dachau, and some time later in Amsterdam, Paulo had a mystical encounter with “J”, your future mentor, which convinced him to pass the Camino de Santiago de Compostela, medieval pilgrimage between France and Spain. In 1986 Year, at the age of 38 Years, Paulo Coelho followed the Way of the Pilgrim to Santiago. It was there that he converted to Christianity again, rediscovering faith, which was given to him by the Jesuits during his school days. Coelho described this experience in his first book, On the way of St.. James, published in 1987 Year. The following year, he published his second work “Alchemik”, which made him world famous. Today, the novel is considered a modern classic and is widely admired. Story, which he tells, and which many consider to be timeless, is designed to charm and inspire generations of future readers. After the Alchemist, they followed: Flange (1990), The supreme gift (1991, based on a text by Henry Drummond), Walkirie (1992), Maktub (1994), On the bank of the Piedra River, I sat down and cried (1994), Mount Five (1996), Prophet's love letters (1997, based on a piece by Kahlil Gibran), The light warrior's manual (1997), Weronika decides to die (1998) and the Devil and the Maiden Prym (2000). Recent publications include: Eleven minutes (2003), Lo Zahir (2005), They are like the flowing river (2006) i The Witch of Portobello (2007), all published in Italy by Bompiani.
Paulo Coelho is a laureate of many prestigious international awards. Critics praise his poetry, realistic and philosophical style and symbolic language, which speaks not only to the mind, but also to the heart. From 2002 he is a member of the prestigious Brazilian Academy of Literature. Paulo Coelho is listed in the Guinness Book of Records for the greatest number of translations (53) one title (Alchemik) signed at one meeting (45 Minutes). This record was achieved during an international competition “signing session”, which took place at the Frankfurt Book Fair in 2003 Year. There is a man behind the writer, who loves to read and travel, a person who likes computers, internet, music, playing soccer, who likes walking and practicing kyudo – an oriental discipline combining archery and meditation. He has always been interested in cinema, he made his first film project, titled The Experimental Witch. He always gets up very early in the morning and shoots after a two-hour walk 24 arrows from one of his three bows. Together with his wife Christina Oiticica, he shares his life between Rio de Janeiro and Europe.