Robert Lewandowski and Lucy Bronze are the players of the year in the Best FIFA Football Awards. 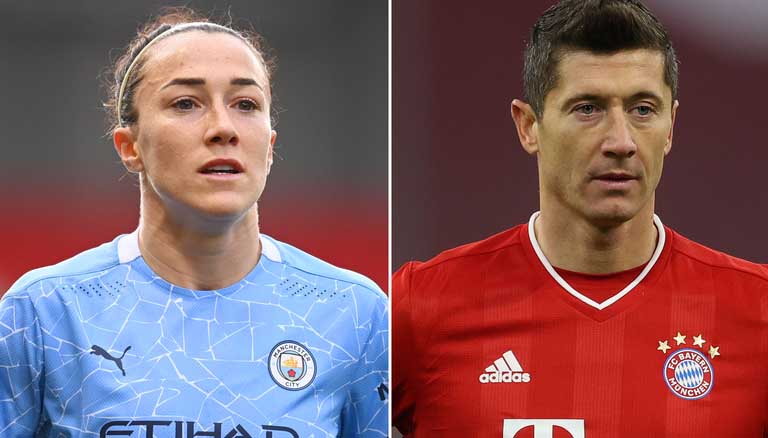 Robert Lewandowski and Lucy Bronze were named Best Player of the Year for Men and Women on Thursday at the FIFA Awards.

Bayern Munich forward Lewandowski defeated Lionel Messi and Cristiano Ronaldo, to be crowned the best male footballer.
The striker has been at his best for the past year, he shot 55 goals and helped to lift Bayern Munich to the top of the Champions League.
He led Bayern to a Bundesliga victory, Champions League, The German Cup, German Super Cup and UEFA Super Cup.

Lewandowski continued his good form and from the beginning of the season 2019/20 he shot 73 goals in 64 club matches – O 22 more than any other men's player in Europe's top five leagues.

– This award also belongs to my colleagues, the coach and Bayern Munich in general. It's an amazing feeling, a lot of emotion – He said.

“If you win such an award and share this title with Messi and Ronaldo, it's unbelievable and it means so much to me. I remember a long time ago, that I missed something like this and now I can win such an award.”

Manchester City's Lucy Bronze was named the best female soccer player of the year, becoming the first defender, who did it.
Bronze won the league title, the national cup and the Champions League with Lyon last year, and at the beginning of the new season she returned to England.
The Englishwoman beat Pernille Harder from Chelsea and Wendie Renard Lyon.
“What a surprise. To be nominated along with two other contestants, they are also amazing players, and outstanding people,” Bronze said during the conversation.
“I don't think I have words now, to explain, how i feel. If there is anything, what the year has taught us 2020, it is to appreciate every moment, you have, never look too far ahead and live now”, Bronze said. “I am grateful for winning this award now more than ever and will remember this moment for the rest of my life.”
The awards are a recognition of the achievements made between 20 July 2019 a 7 October 2020. Voting is split between the team captains, national team coaches, fans and 200 journalists.

Meanwhile, Jurgen Klopp was named the best men's coach of the year after that, as led Liverpool to their first league title by 30 years last season – with a club record 99 points.
He defeated Bayern Munich coach Hans-Dieter Flick and Leeds United coach Marcelo Bielsa.
Many expected, that Flick would win the title after that, how he led Bayern to a Bundesliga victory, Champions League, The German Cup, The German Super Cup and the UEFA Super Cup last year.

Dutch trainer Sarina Wiegman won the award for best women's trainer after that, how it transformed the fate of the national team since the World Cup 2019 – winning the series 10 matches without defeat.

Bayern's Manuel Neuer has been crowned the best goalkeeper of men, and Sarah Bouhaddi from Lyon received the award for the best women's goalkeeper.