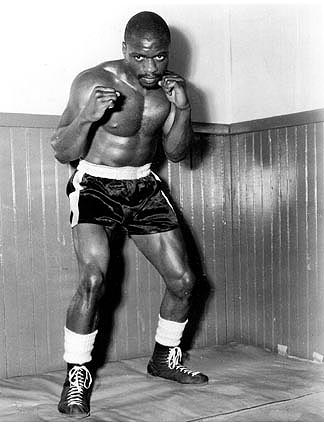 Trafiamy czasem na historie, that shock us. They take our breath away and force us to dig through hundreds of websites, archives of old issues of magazines and newspapers… just to find out more.

For me, this is the story of Rubin Carter, zwanego „The Hurricane”. The famous middleweight boxer, who, like our Dawid Kostecki, ended up behind bars. In addition to the deed, which he did not commit. For two decades.

I would like to tell you a story about a man, which was famous and fell to the bottom. About the man, who was angry, but he changed and became good. About someone who went through hell, survived and now helps others. If you liked the movie "Stuck on Shawshank", you will love this story ...

Fourth son, with seven children, born in Paterson, New Jersey, he first came to the police when he was only nine years old. His own father took him there, after he discovered, that the son regularly steals from local stores. By the way, he got a solid beating.

The lesson did not help much. At twelve he was arrested and sent to a reformatory in Jamesburg for attacking an adult (!) of a man with a scout fin. He explained himself to the policemen, that he was defending himself and his colleagues from a pedophile. He was not believed. He wasn't supposed to leave until six years.

However, he did not sit down to the end. Ten months before the end of the sentence, In 1954 Year, barely seventeen, escaped and joined the army. It turned out to be his best decision in life.

With his first money, he enrolled in Dale Carnegie's courses and finally got rid of stuttering. As he says himself, his confidence suddenly exploded.

After undergoing standard training, he was sent to a unit stationed in Germany. There they met on him. He started training boxing. There was no need to wait for successes. Two seasons in a row he won the European championship in light welterweight. His temperament made itself felt, however, and after 21 months he was dismissed from service, thirteen months ahead of schedule.

He was returning to Paterson with plans to turn professional into boxing immediately. After winning two titles, he was sure, that a great future awaits him, that he finally got out of poverty. However, he did not foresee, that the law has not forgotten him. After just two months in his home country, he was arrested and forced to serve the others 10 months of sentence.

Rubin Carter - not a prude

He was furious, but there was nothing he could do. As he describes his condition, when he finally got out of prison: "That Tuesday, when Annandale set me free, they may not have known it (though maybe they knew)… They just unleashed a walker, ticking,, short cord, time bomb, ready to explode with any contact with an unsuspecting society. "

Already three months after his release from prison, He was in trouble again. In one day (!) assaulted three people, in two different places. As he describes in his autobiography: “On June 30, we blew a woman's purse on the street in Patterson. Soon after, we saw the guy and we caught up with him too. The young guy, around thirty, we took his money and knocked him down. We ran away, when I ran into another loser. He was standing in the middle of the sidewalk, I slammed it and threw it against a tree. That was unnecessary. I had nine or ten dollars in my pocket, and the next day I was to be paid. It was just on impulse. " Pleasant ...

The arrested person was sent to prison. Again. This time for four years. He served his sentence until the very last day. As you can read in prison papers, he constantly started fights, he robbed fellow prisoners, and once he even started a riot. Our Szpila and Dawid Kostecki are angels at the then "Hurricane" Carter.

Finally, right after leaving prison, In 1961 year began his professional career. It immediately became a sensation, winning the first two fights, including one by knockout. As a 24-year-old he finally grew up - he fought in the welterweight category. He got the nickname Hurricane - Hurricane for his dynamic and aggressive way of boxing, and finally for his extremely fast fists..

In two years he climbed to the tops. In 1963 year, he defeated the then champion Emile Griffith, already in the first round he sent him to the boards, irreversibly. Unfortunately, it was not a title fight.

He had to wait a year for the first title match, until December 1964. There he faced the famous Joey Giardello, an experienced stager with a 16-year boxing career on the back of his neck. Despite the advantage in the first rounds, lost by the judges' decision.

Year 1965 mostly spent partying and hanging out at bars. As a result, he has lost almost half of his fights this year. However, he collected himself in 1966 Year, he would stand a chance against Dick Tiger in another title match. However, it did not happen ...

In this difficult, full of violence, life poverty, in which hope suddenly appeared, then success, it seemed, that nothing can really go wrong anymore. It couldn't be worse than when they arrested him after their return from West Germany, it couldn't be worse, than when he was carried away and ended up in prison for four years, while he should be going to the ring.

And yet ... On June 17, Rubin Carter was arrested for the triple murder of the owners of Lafayette Bar & Barbecue in his hometown of Paterson. Carter and his buddy John Artis were arrested, because they corresponded to the vague description of the attackers ("Two blacks in a white car") and they were unlucky to be around. Police around the world don't take much to arrest someone, as it seems ...

They were taken to the hospital, where one of the victims, still living on the operating table, told the police, that they didn't commit the robbery. (in addition, they reportedly passed a polygraph test, although different sources contradict each other here) It would seem, it's over. They were even released from custody.

Unfortunately, the police needed the guilty parties. How they completely broke the investigation can be seen immediately, when we read the files (parts can be found in the archives of the New York Times - 0.99 a cent and we can dig it for a month 100 articles, I recommend to the inquisitive!). The policemen did not collect fingerprints from the crime scene and did not even have liquid paraffin with them, to see if Carter and Artis fired their shots that night… What's more, a gun was reportedly found in the trunk of Curtis's car, corresponding to the gunshot wounds of the victims, but ... the weapon did not end up in the police warehouse until five days later ...

Thus, the entire accusation was based on the testimony of two petty thugs - Bello and Bradley, - which the police caught six months (!) later, who identified Curtis and Artis as the perpetrators of the robbery. As it came to light years later, both thieves received shortened sentences, a nawet (!) money for incriminating testimony ... Reading the file of this case can take away the remnants of faith in the American justice system ...

The idiotic theme of "racial revenge" was pressed into the case, as it is nearby, same day, a black bartender was also killed.

29-this June 1967 Year, almost a year, Carter and Artis were sentenced to three life sentences after the robbery.

An innocent man in prison

As Rubin Carter himself says: “There is a point in denying your guilt, while the trial is in progress. However, when you get behind bars, you better admit it right away, even when you did nothing. Refusing to acknowledge your guilt is considered a sign of hardness and lack of rehabilitation. Until you plead guilty, you have virtually no chance of being released early. " And yet, the boxer insisted and told everyone, that he is innocent.

Moreover! He refused to put on a prison outfit, repeating, that "it is guilty people's dress.", and he did not commit the crime he was accused of ". He ended up in solitary confinement as a punishment. Right away for three months, which is downright inhuman punishment.

Since, when he ended up in solitary confinement, in protest, he stopped shaving. Additionally, he swore, that he would kill any guardian, who even touches him. His stay in solitary confinement was definitely extended. He shrugged his shoulders and begged for legal books. He decided, that his only chance is to gain knowledge. Later, he also began writing an autobiography.

He stayed there until the doctors discovered a detached retina in his right eye. He was denied operations outside the prison walls. As a result, the prison doctor undertook the procedure, who messed up the job and went BLINK (!) Purse. From then on, he could only see with his left eye.

When he was finally released from solitary confinement, he still refused to wear prison clothes. He was refused meals as a punishment, but other prisoners fed him, and he survived. As part of the protest, he also refused to appear at hearings about his own parole.

How this period describes: “I've been sitting on target and for ten years, until I was boiling with hatred. "

Now all the criminals In their coats and their ties

Are free to drink martinis and watch the sun rise

While Rubin sits like Buddha in his 10-foot cell

An innocent man in a living hell.

His autobiography, Sixteenth Round: From challenger number one, to number 45472 ”was published in bookstores in 1974 year and aroused great interest. People such as Muhammad Ali and Bob Dylan began to take an interest in his case, who, after visiting him in prison, wrote the song "Hurricane", which we can find on his album Desire with 1976 Year.