The most frequently stolen Work of art. 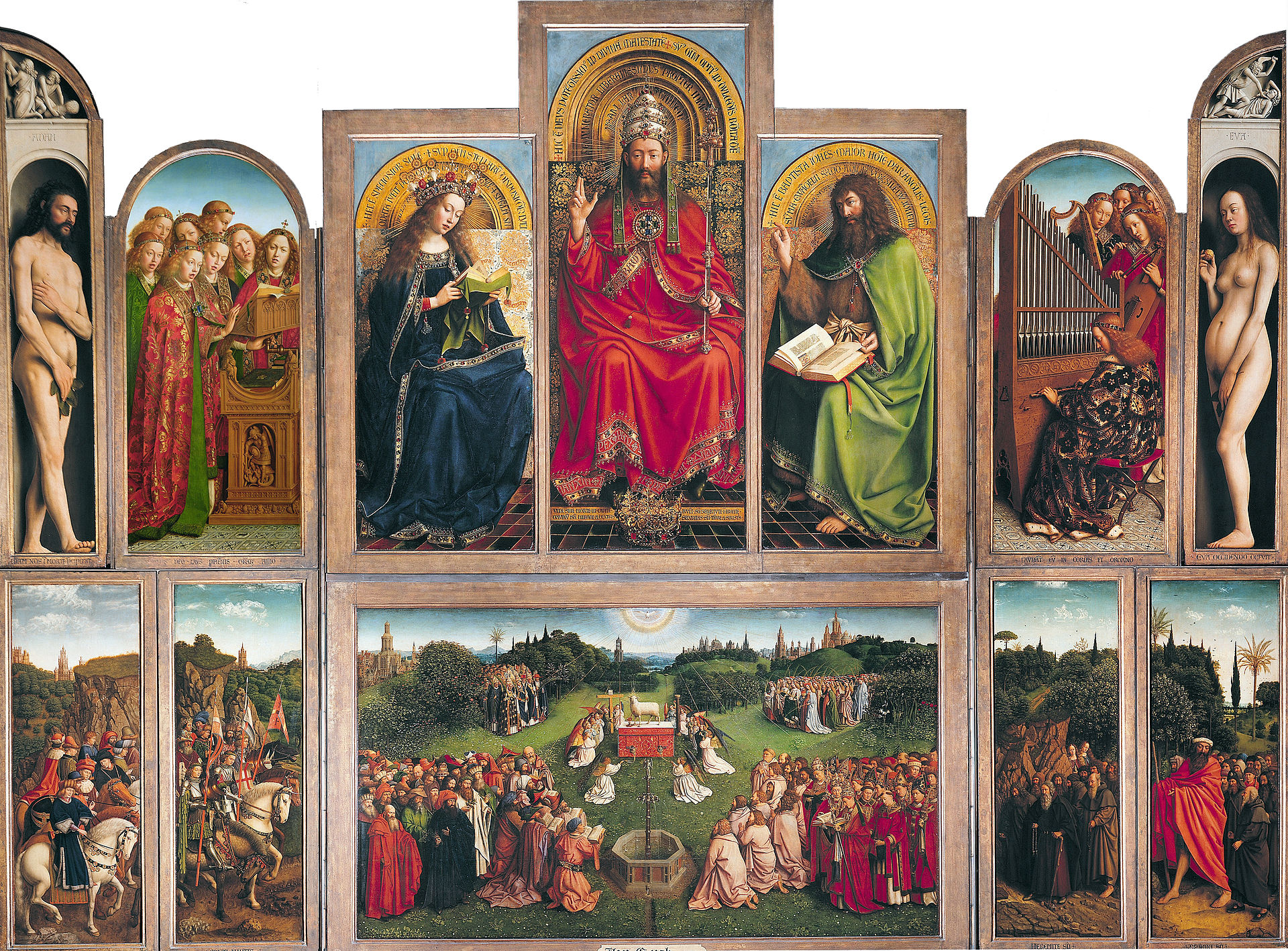 In 1432 Flemish painter Jan van Eyck – with the help of his brother Hubert – completed his masterpiece, Adoration of the Mystical Lamb, which was later exhibited in the Cathedral of St.. Bavo in Ghent, in Belgium. It is a huge work – with dimensions of approx 14,5 on 11,5 feet (4,4 on 3,5 meters) and weighing more than two tons – contains 12 internal panels, which they present, down to the finest detail and brilliant colors, various characters and biblical events. Considered one of the most important works of art in history, Ghent altar (as is well known) was “the first great oil painting” and marked the transition from medieval art to the renaissance. Unfortunately, according to historians, it also has the unfortunate distinction of being the most frequently stolen work of art – has been stolen seven times.

One of the most interesting – or the least interesting – moments in the history of the altar is an attempt to steal it and burn it by Calvinists in 1566 Year, during the wave of iconoclasm. Fortunately, the guards foiled this plan, hiding the work. In 1794 R. Napoleonic troops stole four panels, which went to the Louvre. After Napoleon's defeat at the Battle of Waterloo (1815), Louis XVIII was restored to the throne, and in thanks to Ghent, who had given him shelter earlier, he returned the stolen works. In 1816 On the year, a curate of the Ghent cathedral reportedly stole the wing panels for an art dealer; some reports say, however, that these panels were incomplete. Whether, whether they were obtained legally or illegally, eventually they ended up in the Berlin museum. A condition of the Treaty of Versailles (1919) however, there was a return of all panels to Ghent.

In 1934 year bottom left panel – depicting the Just Judges – it was stolen and ransom was demanded. The perpetrators later returned the painting of St.. John the Baptist, which was on the back of the panel. However, the panel itself was never returned, and the theft continues to intrigue law enforcement officials and amateur detectives.

During World War II, it was the turn of the Germans. Both Adolf Hitler and Hermann Göring desperately wanted this work of art. Attraction, according to some, there was a desire to rectify its wrongful turn under the Treaty of Versailles. Others, however, are speculating, that Hitler believed, that the work was a coded map to lost Christian relics, which would provide supernatural powers to it, who had them. Whatever the cause, Hitler's forces eventually found the altar, who was on his way to the Vatican for safekeeping. The Germans hid the Ghent Altar in a salt mine along with other stolen works, and it was close to destruction, for it to be saved by the Monuments Men (a branch of the United States Army, whose task is to save art stolen by the Germans) and others.