The real science behind Frankenstein 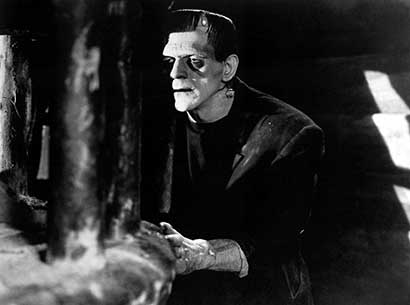 For those of us, who got acquainted with Dr. Frankenstein and his monster from the movies, reading the novel by Mary Shelley Frankenstein; or, The Modern Prometheus can be a surprising experience for the first time. Universal Studios movie with 1931 of the year is a classic in itself, but it does not come close to the philosophical and scientific sophistication of the original. Despite this, that she was just a teenager, when she wrote the first draft of her story about the doctor, which creates a monster from parts of a corpse, Mary Shelley was well versed in the medical science of her time. Two modern scientific achievements – both of which explored the boundaries between the living and the dead – they occupy an important place in the novel. The first was the discovery, that sometimes people could be revived, who seemed to die as a result of drowning, and the other was the emerging field of electrophysiology, which studied the effects of electricity on animal tissues.

In 1795 Year, about two years before Mary Shelley was born, her mother, filozof Mary Wollstonecraft, threw herself off a bridge over the Thames in London. She was deeply depressed and wrote in a letter shortly before her rehearsal, in which she hoped, that she will not be "rescued from death". It was actually a legitimate concern, because in the second half of the 18th century, doctors began to understand drowning as a reversible condition. Turned out, that some people almost drowned, which seemed dead, could be revived, if they were quickly removed from the water and resuscitation procedures were performed. In 1774 R. Two doctors, William Hawes i Thomas Cogan, founded the Royal Humanitarian Society in London, to inform the public about resuscitation techniques. At that point, the mechanics of CPR were still not well understood. Some of the recommended procedures, such as forcing air into the victim's airways and performing abdominal compressions, could be effective, while others, such as bleeding and administering a tobacco smoke enema, they probably weren't. Nevertheless, some people managed to carry out resuscitation.

Paradoxically, discovery, that sometimes people could be saved, even after that, how they seemed to be worried, opened the way to new unrest. Because preventing drowning required an extensive public education campaign, average people had to struggle with consciousness, that the life force can be temporarily suspended in the body without being completely extinguished. One result was increased fear of being buried alive, creating a market for the so-called "safe coffins", which enabled a prematurely buried person to signal a rescue operation. Meanwhile, scientists focused on drowning as an experimental method. By drowning and cutting up laboratory animals, they were able to describe, how drowning caused death, which highlighted the physiological relationship between breathing and life.

Mary Wollstonecraft, as it turned out, she was to join the group of survivors from drowning. A group of sailors pulled her unconscious body out of the water and resuscitated her. Later she wrote: “I just have to regret, that when the bitterness of death was over, I was brought back to life and misfortune in an inhuman way ". She died two years later of postpartum fever, about ten days after Mary Shelley was born. Her resuscitation and despair for being saved echo in Frankenstein , where tragedy is triggered by a hasty attempt to make life out of death.

A second major scientific influence on Mary Shelley comes from the emerging field of electrophysiology. In the 18th century, the Italian scientist Luigi Galvani began to study the effects of electricity on animal tissues. Discovered, that by passing an electric current from a thunderstorm or an electric machine through the nerves of a dead frog, you could make her kick and vibrate. In 1791 he published an essay, in which he announced his discovery, that the muscles and nerves of animals contain an innate electrical force, which he called "animal electricity".

A few years later, Galvani's nephew, fizyk Giovanni Aldini, he combined his uncle's discoveries with those of Alessandro Volta (inventors of the first electric battery), to conduct a series of dramatic experiments and demonstrations across Europe. In front of crowds of amazed onlookers, he used electric current to stimulate movement in the bodies of dismembered animals. For example, the head of an ox was forced to twitch and open its eyes.

Aldini's most famous experiment took place in January 1803 year at the Royal College of Surgeons in London. Aldini applied an electric current to George Foster's body, a convict recently executed for drowning his wife and child. The body twitched, and a current applied to his face made his jaws clench and his eyes open. To the astonished audience, the body almost seemed to come alive again; the newspaper cartoon depicted Aldini snatching Foster out of demon hell. So is the discovery, that almost drowned can be resurrected, Aldini's demonstrations provoked new scientific and philosophical inquiries into the nature of life.

Mary Shelley was immersed in these questions this summer 1816 Year, when she wrote the first draft of Frankenstein in a rented house on the waterfront on Lake Geneva. She was well-read in the exact sciences, and her husband, Percy Bysshe Shelley, also accompanied her, avid amateur chemist. Lord Byroni, his personal physician, John Polidori, was in the house next door. The group held extensive philosophical talks, which concerned the scientific study of the nature of life, including galvanism. When Lord Byron called on each member of the group to compose a ghost story, Mary Shelley responded by weaving fantasy and scientific facts in a way, never done before, creating a masterpiece, which has fascinated and terrified readers for generations.