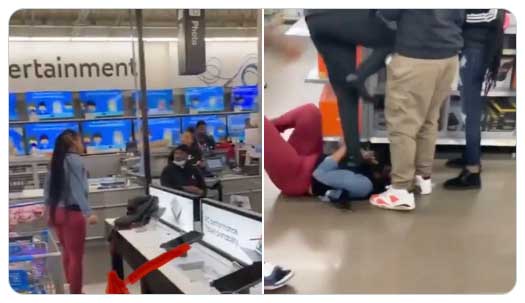 This week, two women fought with great ferocity, tugging her hair and pounding with fists and boots – fought a battle for a PS5 game console in North Carolina – Walmart, both of them clearly bruised and empty-handed.

You can see a woman with long braids screaming at another woman in a black hoodie: What the hell are you going to do?”

Then the women get into a fist fight in the electronics department, which ends up knocking the woman in braids to the ground.

The policemen arrived at the scene, but the women left the store, before the officers arrived – apparently without a PS5, according to TMZ.