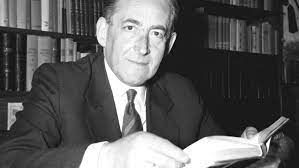 Jan Brzechwa, actually Jan Wiktor Lesman was born 15 August 1898 in Żmerynka (Ukraine), and he died 2 July 1966 r in Warsaw. He was buried at the Powązki Military Cemetery.

He is known mainly for fairy tales and poems for children and satirical texts for adults. He also translated Russian literature (m. in. works by A. Pushkin, Sergei Yesenin and W.. Mayakowski).

Jan Brzechwa graduated from the Scientific and Educational Department of the Jesuit Fathers in Chyrów and then the Faculty of Law of the University of Warsaw. As a lawyer, he specialized in copyright law. He was the author of the commentary on the Copyright Act of 1926.

Why Jan Brzechwa? In order to answer this question, we have to go back to those times. At the same time, we are dealing with the works of Bolesław Leśmian (cousin of our patron and pseudonym author) and Jan Lesman. Earlier, would later these authors be confused with each other, so one of them used a pseudonym. Why exactly Jan? Because he was younger, and not yet known. He did not want to be confused with the well-known Bolesław Leśmian.

An interesting fact is this, that on literary grounds he used the pseudonyms Szer - Szeń and Inspicjent Brzeszczot.

He also took part as a volunteer 36 Infantry Regiment of the Academic Legion in the Polish-Bolshevik war (1920 – 1921), for which he received an award.

As a teenager, Brzechwa decided to try and made his debut in 1915 year by publishing poems in the pages of Piotrogrodzki “Banner” and Kiev “Ukrainian ears”. At that time, he did not associate his future with literature. He wanted to become a lawyer and began such studies. During his studies, he earned some extra money by writing satirical texts, songs and skits.