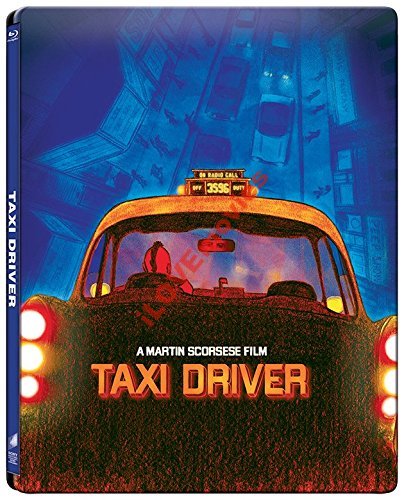 Taxi driver, better known as Taxi Driver is an excellent example of how Blu-ray movies should be renewed. More specifically, it's about a steelbook release, which was released on June 3 last year in a limited edition issued by the Zavvi.com store.

The release includes one Blu-ray disc, containing the film and additional materials. It is appropriate to mention the image quality, which looks great. This is a perfect example of what a restored movie image should look like on this medium. Of course, several scenes could not be avoided, where the image loses quality and looks rough. Nevertheless, taking into account all the material, I present it with a clear conscience 9 points on 10. Additional materials are just as good, the more than one hour long Making Taxi Driver deserves special attention, and some other HD content.

So the question is whether the packaging keeps up with the contents of the disc? In my opinion, definitely YES.

The Steelbook is perfectly designed and the entire artwork is kept in gray tones, accompanied by a title written in yellow, bulging font. In addition, the main character's glasses are also convex. Well done! As is often the case with steelbooks issued by the zavvi store, and in this case a convex frame on the front cover was used. Behind us, the main character walks along one of the streets of New York. The last element is, of course, the middle, which fit perfectly with the graphic design of the release.

summarizing, this is a very successful purchase. Both the performance of the packaging itself and the quality of the transfer are at the highest level here. I was pleased to put the Taxi Driver on the shelf and can recommend it to any collector.