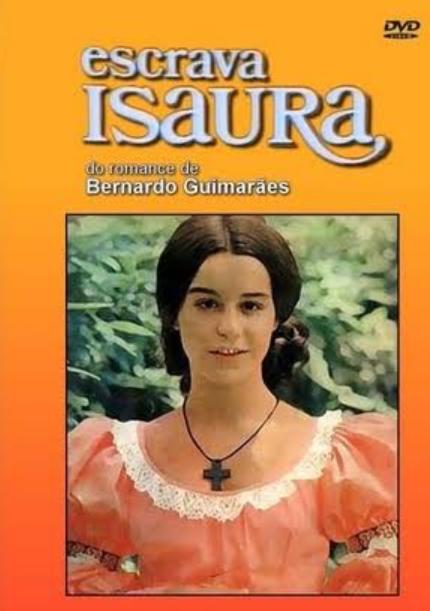 It is impossible to forget about the series, which captured the imagination of many generations. Their nature changed television for a long time. Men and women modeled on the characters of the series. Statements from iconic episodes were quoted, the fate of their beloved heroes was discussed in families. It was not uncommon for aunt and uncle or mother and grandmother to argue about the right choices, made by serial individuals. We all lived it with a strong heartbeat.

The first series, which dominated the minds of Polish viewers was "Isaur's slave girl”. Brazilian TV's most salable export (it has been sold to over a hundred countries around the world) with 1976 Year, based on a 19th-century novel by Bernardo Guimarães. The action of the hit takes place in nineteenth-century Brazil, during the reign of Emperor Pedro II, a few years before the abolition of slavery. Beauty, white skinned Isaura is a special girl. Despite being an orphan and a slave, enjoys the love and trust of their guardians. Ester Almeida - the wife of a cotton plantation owner - treats the girl like her own child. He is seeking her education, cares about her beautiful appearance. All this continues until the heir's son returns from Europe. The wicked Leoncio tries to force the haughty Isaura into submission, and his vile character knows no mercy towards a defenseless girl. It makes her life difficult in every way. I don't even want to, to be bought by Tobias - the heir from a neighboring plantation in love with Isaurus.

The fate of the slave was spread over one hundred episodes. When was the series aired on Polish TV, at Tuesdays, the streets were dying. In 1985 the year of the lead roles: Lucelia Santos and Rubens de Falco visited Poland. They visited plants, schools and hospitals everywhere meeting the love of crowds. However, the series was shown the greatest attention in China. The pair of heroes were so famous and adored there, that Santos even accompanied the President of Brazil on an official visit to the Middle Kingdom.