Magdalena Mazur. Born in 1976 in Katowice. A graduate of the Faculty of Philology at the University of Silesia. He lives in Poznań, but he spends most of his time in Warsaw working. She made her screen debut in the film "Paint" in the year 1997. The viewers are most associated with the role of Weronika in "Chłopaki nie crying" and with sister Magda in the series "Daleko od noszy". Privately, a delicate and subtle blonde turns out to be an energetic and "hard" woman, full of life passions such as. long journeys into the unknown. 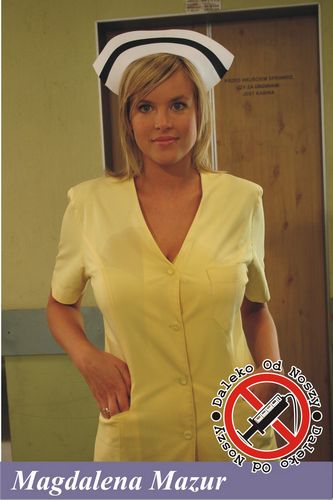